Before retirement I wrote a weekly safety blog for my office. I thought I’d share this week’s with you. It’s pretty funny (if I do say so myself)… enjoy.

This past weekend I made a discovery… well, two of them actually. The first of which is the slickest, most slippery substance known to man. And I don’t care what anyone at NASA or Dupont says, it is NOT Teflon! It is a very common household substance that literally every home with females in it has in abundance.

I’m talking about cream rinse… conditioner, that is. You know, that stuff women put in their hair to remove tangles, etc. after they wash it. Okay, so some guys do as well, but slick heads like me have no use for it.

So how did I make this discovery? I thought you’d never ask. Sunday morning I turned the water in the shower on to get it to temperature. After a few minutes I stepped in… this is when I also discovered that my wife was trying to kill me (okay, so it is three discoveries). It’s obvious that she was trying to make it look like an accident. She accomplished this feat by not thoroughly rinsing the shower floor before she got out the night before. The warm water combined with the residual conditioner on the floor of the shower into what could (in any other circumstance) be the coolest stuff a Slip-N-Slide has ever seen! You could slide thousands of yards on this stuff… on a FLAT yard!

“But I don’t see anything bad here. What is the problem?” Really? You don’t see the problem? Well neither did I until it was too late! I stepped into the shower and as I put my right foot down (with most of my 280 lbs. on it) it went straight out from under me and half way up the wall opposite the glass door. It was then I made (what is now) the third discovery (remember, my wife trying to kill me was the second). And that is that a fat, bald 280 pounder can do the splits… and do it in a three by four foot shower enclosure!

Remember my foot going half way up the wall? I immediately grasped the glass door jamb with my left hand and equally immediately slammed my right arm from shoulder to elbow into the glass half wall that goes up from the marble shelf at the end of the tub. It hit with such force that my life flashed before my eyes because I could only see glass shards flying everywhere and my throat being slashed as I fell against the broken glass wall. Only the glass didn’t break! (Thank you, Father!) However, I did strike it with enough force to send all the meds on the shelf careening into the bath tub.

The end result of all this was a sore left hand, right arm and pulled groin. Good times! Oh, did I mention that my wife came running in to see she had successfully completed her task (she says it was to see if I was okay, but she can’t fool me!) only to collapse into a glob of hysterical laughter on the bathroom floor?

Moral of the story? You want a moral? I’ll give you a moral. Men, stay single… you’ll live longer! No? How about, “Stay out of the shower?” You don’t like that one either? It’s hard to be objective here. Okay, okay, you win.

The moral here is not to take ANYTHING for granted. Even the supposed safety of your shower. Now, anyone have a pain pill? 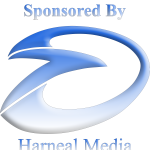